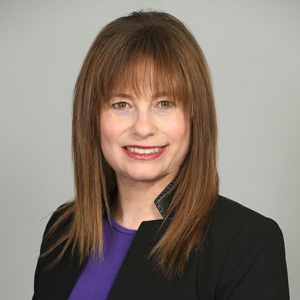 Dr. Kaplan graduated from the Hadassah School of Dental Medicine at Hebrew University in Jerusalem, Israel, where she earned the degree of Doctor of Dental Medicine (DMD). Passionate about making a difference in her patients’ quality of life through dentistry, she advanced her specialized skills by attending the post-graduate Prosthodontic Residency Program at the University of Maryland.

This highly concentrated three-year program in Prosthodontics consisted of advanced education and training treating simple to complex dental restorations for all ages. At the same time, she also earned the degree of Master of Science. Once completed, Dr. Kaplan surpassed all the required exams, peer reviews and extensive treatment hours to earn the prestigious honor of Board Certification in Prosthodontics.

Dr. Kaplan is one of a selected group of specialists in Greater DC who have extensive experience, education and training in the diagnosis, treatment and occlusal restoration of temporomandibular disorders, better known to most as TMJ and/or TMD and in the area of Obstructive Sleep Apnea appliances.

As a Clinical Assistant Professor in the Prosthodontic Residency Program at the University of Maryland Dental School, Dr. Kaplan instructs future prosthodontists about the challenges of treating highly complex dental and esthetic procedures. 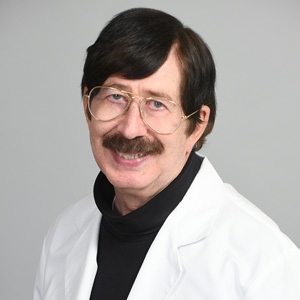 Dr. Singer attended the Northwestern University Dental School where he obtained the degree of Doctor of Dental Surgery (DDS) and at the Walter Reed Army Medical Center Prosthetic Program where he reached the rank of Colonel. Being passionate about the specialty fields of maxillofacial prosthetics, prosthodontics and temporomandibular joint disorder (TMD), is what lead Dr. Singer to a Fellowship in Maxillofacial Prosthetics at the Naval Post-Graduate Dental School at the National Naval Medical Center in Bethesda, Maryland and the Orofacial Pain Graduate Program at the University of Minnesota. Dr. Singer completed six years of post-graduate training beyond dental school.

Recognized both nationally and internationally, Dr. Singer is one of the leading specialists in treating the full range of facial and oral pain that are related to complex temporomandibular disorders and/or severely compromised dentition. His specialties also include maxillofacial prosthetics by restoring facial structures lost to trauma, birth defects or cancer.

Dr. Singer serves as a Clinical Assistant Professor in the post-graduate Prosthodontic Residency Program at the University of Maryland Dental School. As one of the leading educators in his field, he teaches future Prosthodontists about complex restorative procedures. Dr. Singer lectures throughout the United States at professional dental symposiums and is a featured speaker for the American Academy of Pain Management.

Dr. Bolding earned the degree of Doctor of Dental Surgery (DDS) from the New York University (NYU) College of Dentistry. Passionate about specialty dentistry, she went on to obtain a certificate in Prosthodontics as well as a Master of Science degree from the Prosthodontic Residency Program at the University of Maryland. Once completed, her advanced training continued having been accepted into the Maxillofacial Prosthetics and Dental Oncology Fellowship program at Memorial Sloan-Kettering Cancer Center in New York.

In recent years, Dr. Bolding was the recipient of the Joseph B. Barron Award that acknowledges an elite group of Maxillofacial Prosthodontists for their exceptional ability in the areas of clinical, educational and research as specialists. She was also voted top doctor by her peers as the 2019 Top Invisalign Dentist in the Greater DC vicinity.

Dr. Bolding specializes in the restoration of oral and facial structures lost to cancer, trauma and birth defects. Currently, she is the Clinical Associate at Johns Hopkins Hospital in Baltimore, Maryland, where she treats patients having undergone surgery and/or radiation therapy and Chemotherapy for oral and
head/neck cancer. Additionally, she treats patients and oversees residents treating patients with complex prosthodontic needs.

Dr. Bolding is the current President of the American College of Prosthodontists (ACP) – Maryland Chapter. Additionally, she held the position of treasurer for the ACP from 2016 – 2018. 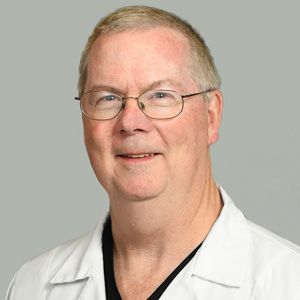 Dr. Driscoll is a Board-Certified Maxillofacial Prosthodontist who joined the Dental & TMJ Specialists of Greater DC in September 2018. His expertise spans over many years, treating patients with complex prosthodontic needs including Ectodermal Dysplasia (oral cavity); Dentinogenesis Imperfecta and Amelogenesis Imperfecta.

His lifelong dedication towards the advancements in Prosthodontics, restorative dentistry, implantology, maxillofacial prostheses, Ectodermal Dysplasia (oral cavity) has been highly respected by both the dental and medical communities. A leader and mentor in these unique specialty fields of dentistry are what lead to his twenty-one-year tenure as Professor and Director at the University of Maryland School of Dentistry and Prosthodontic Residency Program.

Prior to Dr. Driscoll’s directorship at the University of Maryland, he held the rank of Colonel in the United States Army. As an officer, he was most proud of receiving an early promotion to ‘full’ Colonel, an honor that is earned by less than 1% of all prospective candidates. He completed his military service with the position of Program Director of the Prosthodontic Residency Program at the Walter Reed Army Medical Center.

Dr. Driscoll is the recipient of both the Garver-Staffanou and the Moulton Awards that recognize the significant impact and contribution he has provided to the art and science of fixed prosthodontics as well as his lifetime service to the field.

As a mentor and educator, he has given over 450 presentations nationally and internationally and has authored over 75 publications. He was recently named as the American College of Prosthodontists Educator of the Year. 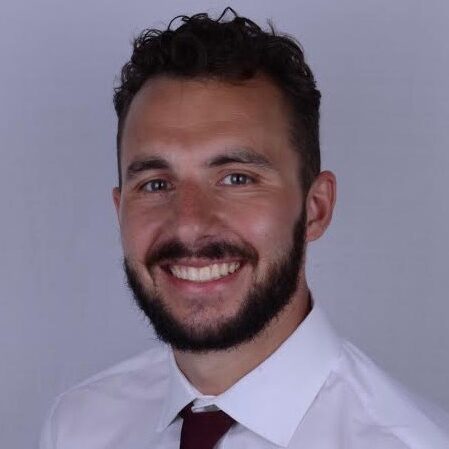 Interested in providing the highest quality of dental care for his patients, Dr. Triana chose to pursue advanced training in the post-graduate Prosthodontic Residency Program at the University of Maryland. While completing his residency program, Dr. Triana also obtained a Master of Science degree in Bio-Medical Sciences.

Dr. Triana enjoys volunteering his time supporting sensory inclusive community programming for Neurodivergent and Autistic children. He is passionate about participating as a community helper to facilitate an improved relationship between local communities and their dental care providers. 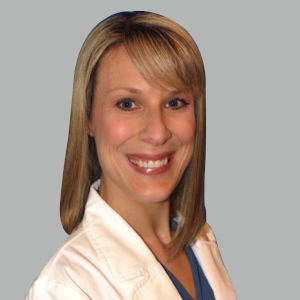 Originally from Potomac, Maryland, Dr. Darcey completed her Doctor of Dental Medicine from Temple University Kornberg School of Dentistry in 2011. She then completed advanced training with a three-year periodontics residency in Bethesda at the Naval Postgraduate Dental School in 2014 during which she was awarded the Dean’s Award for Academic Excellence. Her studies included advanced training in moderate IV sedation with a three month Anesthesia rotation and certification in Laser Assisted New Attachment Protocol (LANAP). In addition, she holds a Masters in Oral Biology from Uniformed Services University of the Health Sciences.

As a Board Certified Periodontist, Dr. Darcey specializes in the esthetic treatment and restoration of diseases of the gingival and bone tissues around teeth and implants. Her particular interests include implants in the smile zone as well as correcting receding and damaged gingival tissues associated implants. She is a Diplomate of the American Board of Periodontology as well as a Diplomate of the International Congress of Oral Implantologists and serves on the Continuing Education Oversight Committee for the American Academy of Periodontology.

Dr. Darcey has a unique background that she brings to her surgical practice. She holds a Bachelor of Fine Arts from Pratt Institute of Art and Design (Brooklyn, NY) majoring in painting. She spent several years employed in the Arts including 2 years at the Philadelphia Museum of Art prior to pursuing a career in dentistry. She completed her post-baccalaureate studies at Temple University in 2006 and was subsequently awarded a one-year National Institutes of Health post-baccalaureate research fellowship at the Sol Sherry Thrombosis Research Center at Temple University School of Medicine, researching the characteristics of high-molecular-weight kininogen. After Graduating Magna Cum Laude from Temple University Kornberg School of Dentistry, she entered active duty service as a Dental Officer for the United States Navy. She has been stationed in Bethesda, MD, Norfolk, VA and at Annapolis, MD.

Dr. Darcey is active in her profession in education and service. Her educational experience includes Advanced Education in General Dentistry program specialty mentor and visiting faculty at the Naval Postgraduate Dental School. Dr Darcey is currently the Program Coordinator for the Naval Postgraduate Dental School Periodontics Program’s Clinical Rotation at the Naval Academy for Third-Year Periodontics Residents, and often returns to the program to provide lectures, staff cases, and to be a mock board examiner. 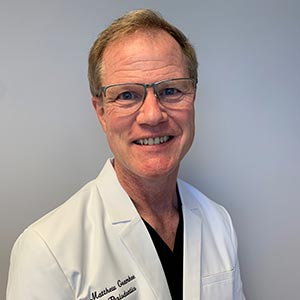 Dr. Matthew J. Gramkee joined the team at Dental & TMJ Specialists of Greater DC in December 2020. A native of Upstate New York, Dr. Gramkee holds a Bachelor of Science degree in chemistry from St. John Fisher College in Rochester, NY, and a Master of Science degree in biology from George Washington University. He completed his Doctor of Dental Surgery (DDS) from the State University of New York at Buffalo.

After graduating from dental school, Dr. Gramkee joined the U.S. Navy where he entered active duty as a Dental Officer having served on the USS Constellation (CV-64) as well as at several overseas locations. He received advanced training in a three-year periodontics residency program ranking top in his class at the Naval Postgraduate Dental School in Bethesda, MD.

Dr. Gramkee is a Diplomate of the American Board of Periodontology. As a Board Certified Periodontist, Dr. Gramkee specializes in the esthetic treatment and restoration of diseases of the gum and bone tissues around teeth and implants.

During his tenure, Dr. Gramkee was Chair of the Navy’s periodontics residency program as well as Specialty Advisor to the Surgeon General of the Navy. He has lectured extensively on periodontics and implant dentistry as well as presenting research at scientific conferences and symposiums.

In 2010, Dr. Gramkee received both the Outstanding Educator Award and Outstanding Clinical Achievement Award by the American Academy of Periodontology. These prestigious awards are given in recognition for outstanding clinical and mentoring contributions in periodontics. He also has the unique distinction of holding the title of Odontólogo from the University of Granada, Spain.

Dr. Gramkee retired from the US Navy Dental Corps having earned the rank of Captain with over 25 years of dedicated service. He brings a diverse base of experience in periodontics to Dental & TMJ Specialists of Greater DC. He is committed to excellence with the highest standards of patient care and satisfaction.

Back to the top